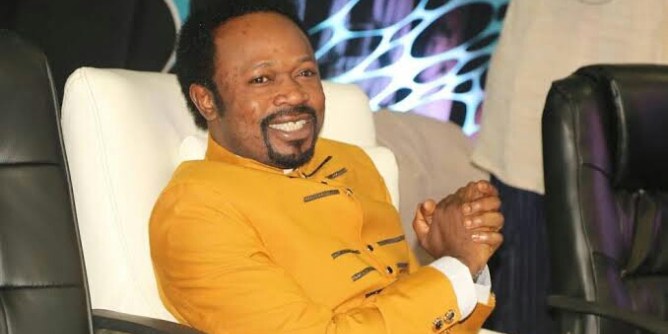 Pastor Joshua Iginla, popularly called the Oracle Of God in his Church, the General Overseer of Champions Royal Assembly, Abuja, has finally married his mistress, after divorcing his wife, Yemisi.

Recall that last year, The wife of the pastor complained of her husband's adulterous life which led her to also sleeping with another man in retaliation. In March 2019, Pastor Iginla then announced that his marriage to his wife, Yemisi was over after he also admitted that both of them had had children outside wedlock. He alleged that his wife has remarried to another man in America.

According to a media report credited to Iginla's media spokesperson on Wednesday night, "Prophet Iginla has finally divorced his wife on ground of infidelity"...and now lives permanently with his new wife, Stella Zamase, a South African prophetess who already has two kids for him. Those close to the clergyman said shas been a source of peace and happiness to him.

The report also announced that today, Thursday is the Prophet's birthday.