On Magu's 'arrest' - By Inibehe Effiong 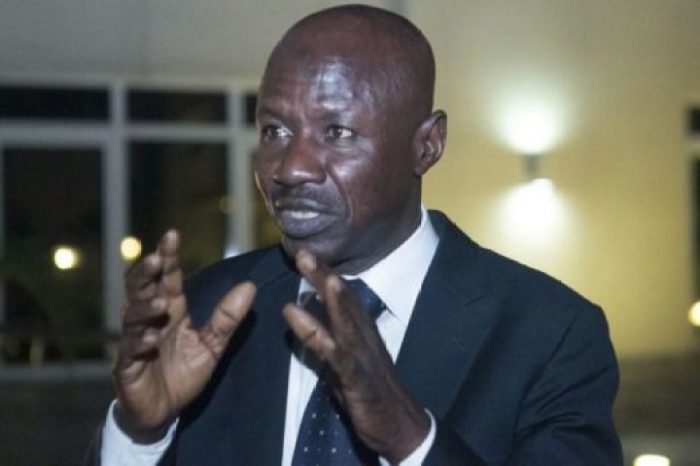 A person is said to be arrested when he is taken into custody and is temporarily deprived of liberty and free movement. The law forbids excessive restraint of arrested persons. Handcuff is only allowed where there's resistance or likelihood of escape.

The belief or view that arrest is only made when a suspect is handcuffed, manhandled and/or subjected to torture is wrong.

Such belief or view is influenced by the illegal practice of subjugation that Nigerian law enforcement agencies are notorious for. It is not based on law.

I have read different media accounts on the 'arrest' of the Acting Chairman of the EFCC, Mr. Ibrahim Magu.

My interpretation or conclusion is that Mr. Magu was actually arrested.

Did Mr. Magu voluntarily appear before the Investigative Panel? Was he 'forced' or made to do so?

The statement from the EFCC and media reports clearly indicate that Mr. Magu did not appear before the Investigative Panel on his own volition. From the accounts, Mr. Magu was stopped on the road by security men and taken to where the Panel is said to be sitting. That is ARREST.

It is reported that Mr. Magu requested that he should be allowed to proceed to the Force Headquarters for his appointment but was told that the proceedings of the Panel was more important. What else did we expect to happen for the encounter to be characterised as an "arrest".

If the Panel wanted to just invite him, they would have reached him seamlessly by phone or by delivering a letter to his office prior to the date and time scheduled for his appearance.

If it was a mere invitation, why did the Panel use security men to bring him before them?

Available facts and circumstances shows that Magu was arrested. Whichever view we prefer, one thing is clear: the Investigative Panel have thoroughly embarrassed Magu.

Instead of engaging in semantical argument, we should focus on the substance of the allegations against Magu.

If Magu is complicit, it means that Buhari has been shielding him against national interest. The SSS wrote a damning report against Magu. The SSS reports directly to the President. Buhari retained Magu despite the indicting report by the SSS and Senate's refusal to confirm him.

Recently, the Attorney General of the Federation, Abubakar Malami, SAN, also wrote a very damaging report against Magu. In a serious country, such grave report by the Attorney General would have elicited immediate action from the President. But Buhari is an absentee president.

If Buhari continues to retain Mr. Ibrahim Magu, irrespective of the outcome of the "investigation", Mr. Malami should honourably resign in protest if he has any iota of honour left in him. If he does not resign, it will only mean that he either lied or has no honour. Period!

President Buhari has been pretending to be fighting corruption. But he has not only associated with people shown or widely believed to be corrupt, he has endorsed and shielded corrupt individuals. Buhari's so-called anti-corruption war is largely partisan and lacks credibility.

Magu is not indispensable. He cannot be the only person in Nigeria that is competent to lead the EFCC. President Buhari should urgently appoint a better replacement.

Mr. Magu should remember that it is better to step aside when the ovation is loudest.