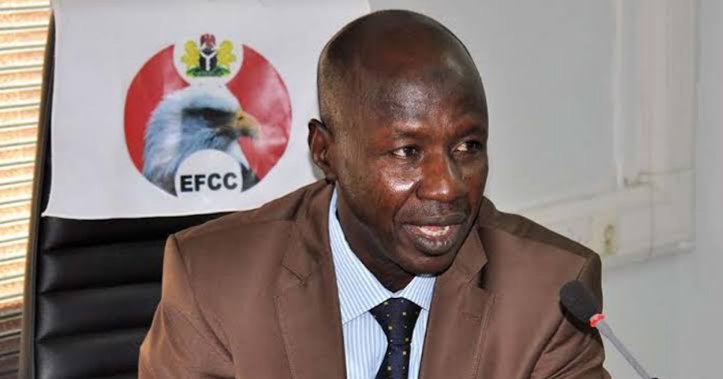 The DSS has denied the arrest of EFCC Chairman, Ibrahim Magu as widely reported in some media.

Earlier in the day, Sahara Reports, an online news media had reported that   Ibrahim Magu has been arrested by men of the DSS over insubordination and corruption allegations which include one by the Attorney General of the Federation, Mallam Malami. This reported was also published by Premium Times and The Punch.


However, the DSS’ Public Relations Officer, Peter Afunanya, in a statement declared that Magu was only invited to meet with a Presidential panel to explain some corruption allegations levelled against him and the DSS has nothing to do with the purported arrest.

Magu’s special adviser on Media, Tony Amokeodo, also stated According to Channels TV, that the EFCC Boss was not arrested but only invited to answer questions regarding some allegations against the EFCC as an agency.