Fox News Just Ripped Me Off With Lies - Donald Trump 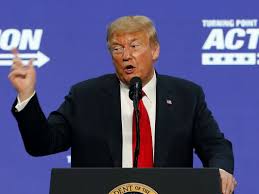 US President, Donald Trump has just accused Fox News Channel of ripping him off with lies.

"A FoxNews commentator just ripped me with lies, with nobody defending. They talked about the “friendly” protesters (they set the Church on fire the day before. They were anything but friendly), and how I stood and held the Bible upside down - it wasn’t upside down."

Fox News is seen to be Pro-Republican which should always paint Trump and the Republicans in a good light. CNN is seen in the opposite. Trump refers to CNN as fake news.