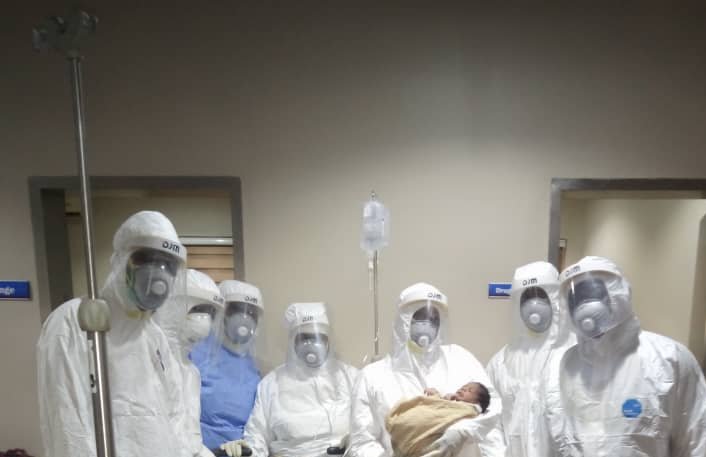 A pregnant woman who has been receiving treatment at the Gbagada Isolation Center has given birth to a bouncing baby today, Saturday, May 16.

The governor of Lagos State today on his Twitter handle announced it while giving an update on the COVID-19 situation in the state. He confirmed that both mother and baby are fine.

He also confirmed that 67 of the victims on Isolation have fully recovered, 22 of whom are female and 45 male. It also includes 3 foreigners, 2 Indians and 1 Chinese. They were discharged today.

Furthermore, he urged Lagosians to adhere strictly to health guidelines as the only way to overcome the pandemic.