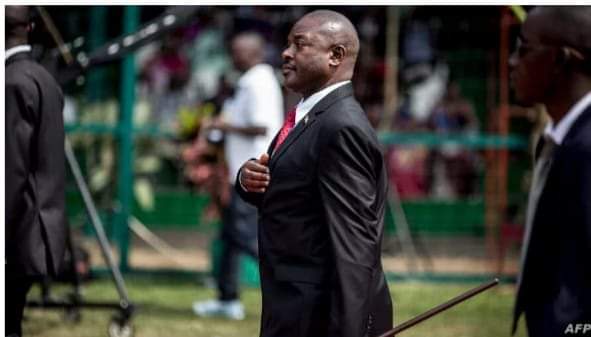 The 55-year old President of Burundi, Pierre Nkurunziza has passed on.

The Government made the announcement on Tuesday evening while stating cause of death as "heart attack".

Nkuruziza died barely ten days after his wife was took I'll and was flown to Nairobi for treatment of COVID-19 after she tested positive.

Based on his wife's status, it is speculated that his death was covid19 triggered.

Pierre had ruled Burundi as a "dictator" for 15 years.