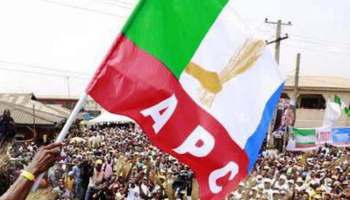 This decision was taken during the virtual NEC meeting withheld around 12 noon today Thursday 25th of June 2020. The action is a step to resolving the crisis rocking the party which has led to several factions within the party.

Other decisions taken during the NEC meeting include:

- Setting up of a Caretaker committee (extraordinary) to see to the affairs of the party and also to organize the Party's National convention.

- Ratification of the Edo State Primary which saw Ize Iyamu emerging as the APC Candidate.

The general secretary of the party, who had earlier rejected the NEC meeting terming it illegal, was not present at the meeting.

It would appear this NEC meeting would go a long way in resolving the present crises rocking the party. Many have wondered why the President had been aloof in the matters, but now he seems to have taken charge.