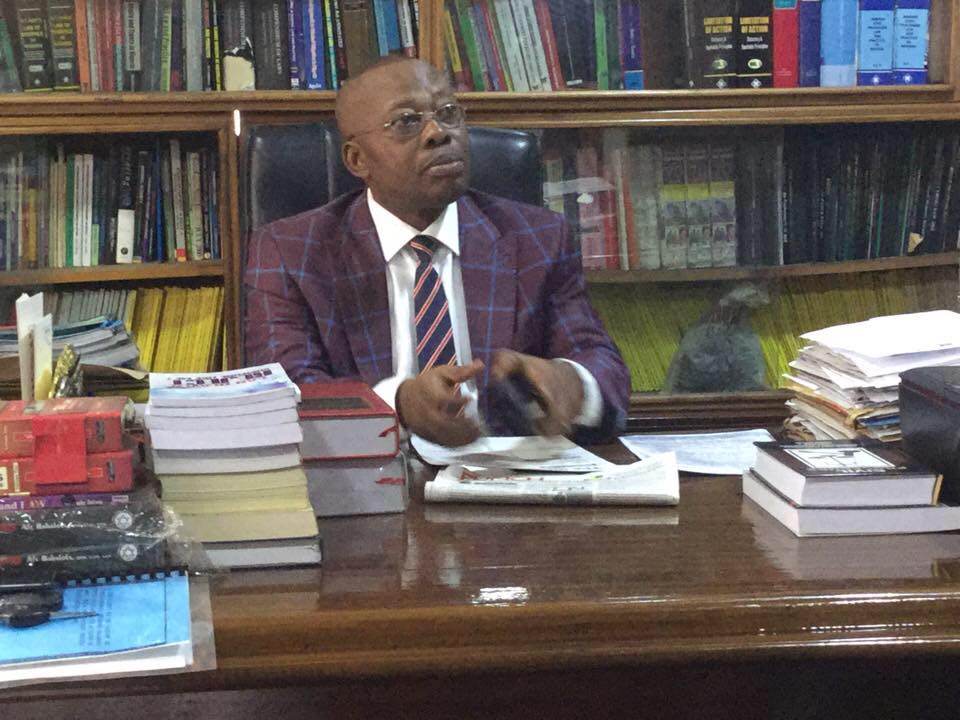 For the past four and half years, governance in Cross River state has been elevated to pure comedy sadly. Whether with budget presentation or provision of basic infrastructures, they are usually accompanied with so much fanfare and drama thereby reducing the seriousness that ordinarily should be attached to these solemn events.

The name of the current budget in the State is "Olimpotic Meristamasis", something no normal being can pronounce with ease, and one can imagine when it comes to implementing a budget whose name is strange and difficult to explain or understand. In short, another name for governance is comedy and drama in that part of the country.

However, nowhere is the drama taken to the highest absurdity other than in the judiciary. Recall that the retired Chief Judge of the State, Justice Michael Edem had a running battle with the governor to the extent that the official abode of the Chief Judge is reportedly occupied presently by the sister of the governor, Professor Ben Ayade, a former Senator of the Federal Republic of Nigeria!

The governor did not stop at that, he has had a more fierce battle with lawyers both in private and public service. Presently there are several cases against the state government in court over the excesses and abuse of power by the state governor. The executive has regrettably turned the state into a place where lawlessness and anarchy reign supreme.

Nigerians' attention is hereby drawn to the drama playing out with the confirmation of the Chief Judge of the State who has been on acting capacity for the past three months. As a requirement of the law, two names were sent to the National Judicial Council for selection. The revered body headed by the current Chief Justice of Nigeria selected the most qualified candidate of the two, and forwarded same to the State Governor for onward transmission to the State House of Assembly for confirmation as prescribed by the Constitution.

The most senior judge in the service, Honorable Justice Akon Ikpeme who incidentally is the preferred candidate of the NJC has been left in acting capacity since then and her tenure in acting capacity will expire next Monday being the 2nd of March, 2020. As I write, the confirmation of the chosen Justice has not been effected due to unnecessary politics that have been introduced into the entire process.

It is reported that the root cause of the intrigue is from the table of the state governor who prefers another candidate, Justice Maurice Eneji who sadly is a junior member of the bench to Honorable Justice Akon Ikpeme the current Acting Chief Judge. This choice of the Governor who is from Bekwarra local government area, next to that of the governor and the home of his grandmother is a violent violation of hierarchy in judicial appointment known and established both at the States and Federal level.

Most unfortunately is the role of the State House of Assembly in this whole saga. It is reported that the name of the Acting Chief Judge was submitted since January for the house to act, but unfortunately, the House has been having clandestine meetings trying to scuttle the ratification of Honorable Justice Ikpeme as the Chief Judge of the State on the grounds of tribalism. The allegation which is yet to be verified is that some members of the House were given N500,000 each to vote against Honorable Justice Akon Ikpeme on the ground that she is not an indigene but married to a native of Odukpani local government area in the State. That this is happening in the 21st century and in Nigeria of our time is not only sacrilegious but most appalling! They may want to pander to the choice of the state governor between now and Monday! God forbid.

The attention of the Chief Justice of Nigeria and by extension the NJC are hereby drawn to this sad development evolving from Cross River State and they are advised to put their feet down and insist on the age-long tradition of respecting seniority and merit in the appointment of the substantive Chief Judge of the State. The NBA both at the National and State level should resist the attempt by the State Government to destroy the time-hallowed practice where merit, seniority, experience and wisdom triumph over other sentimental considerations in the choice of who becomes the Chief Judge of the State. Nigerians are tired of our institutions setting dangerous precedents in all facets of our national life. This contemplated absurd precedent should be resisted forthwith by well-meaning Nigerians in the legal profession.

A stitch in time saves nine!